Confessions of a Wicked Witch

Are Thrilled to Announce that

Wicked Witch of the Year 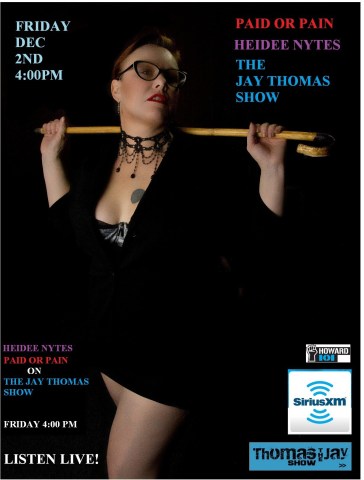 Social media kind of blurs time lines in the real world.
I know I knew my Wicked Witch of the Year before I actually met her.
I also know I met her at a major CoS function, but I can’t remember which one.
I DO know that the first time we ever had more than a few pleasant words
was in the dining room of Black House Central, at the 50th Anniversary Celebration.
Once face to face, it took less than 2 minutes to see we were kindred spirits.

No, it isn’t her amazing talents, from stand-up to pin-up.
No, it isn’t just her whip quick wit.
No, it isn’t that we share an ancient stereotype--the sarcastic, big-busted, ever ready with a bawdy joke, and still one of the guys, redhead, and I am playing favorites with a younger version of myself. And, NO, it isn’t because she is married to one of my very favorite people, and most trusted friends, on the whole planet.

It is because, at an age where women are routinely dismissed as sexual beings, where they
are informed that they are too old to chase new dreams, Heather Height and her alter ego,
Heidee Nytes, lived as her own god, and refused to let any body, any tiny dick based
established wisdom, limit her divinity.

For all the pseudo-psychiatric babble about re-inventing oneself while aging, what they
usually mean is re-inventing your ability to accept banality.  Men hit it at about 60, but women are usually dismissed from the career, love, and sex fast tracks by 40. While this is better than the 30 of a previous generation, the terminology applied to sexually dynamic older women is so universally  unflattering that some truly lame ass broads decided to combat ‘cougar’ and ‘MILF’ with WHIP: “woman who is hot, intelligent and in her prime.”
Worse they use it with no hint of comprehending the sexual irony.
I have a feeling my friend Heather could provide some salient WHIP information.

My choice for Wicked Witch of the Year is a  Church of Satan Priestess, stand-up comic,
loving wife,  and, having only started in the industry a few short years ago,
is the writer and star of the Favorite Feature Fetish Film at the Fetish Awards!

I am in awe.  This woman just did the re-invention thing and she doesn’t need any qualifiers
about graceful acceptance!  She has unapologetically used the wisdom of her life experience
in an industry where youth is demanded, AND, walked right in there and stole the show.
Her meteoric rise, her humor, and her very obvious devotion to our organization,
made it impossible for me not to select her as The Wicked Witch of the Year.

She joins a cadre of brilliant, sexy, powerful Satanic Witches, and I welcome her to this exclusive club. 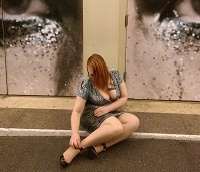