That She Really Could Do Without Satanic Panic Redux 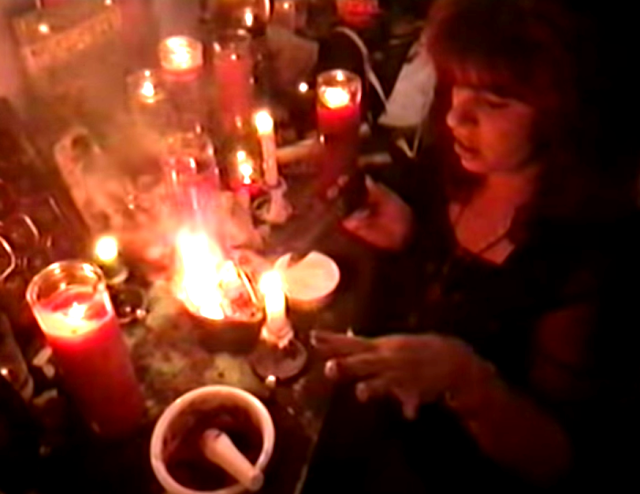 It is scary to see Q-Anon, by extension the President, and so many of our neighbors buying into a lie that sent thousands of us into hiding, many of us attacked, and some even legally persecuted, not that long ago.   By us, I mean people like me, Satanists, who have spent 54+ years proving who we are, only to have the evidence ignored whenever the mainstream wants to blame the end result of their actions on others.

Pizzagate, celebrity pedophile rings, and human trafficking are now all being prefaced with the word “Satanic.”  There is not a shred of any, let alone any credible, evidence of Satanic involvement, but the word triggers an almost Manchurian Candidate reaction that doesn’t require proof beyond the common need to feel superior by vilifying others.

There is no evidence of Satanic Ritual Abuse because there is no SRA.  Occasionally we may hear of a “devil-worshipper’ committing a heinous crime, but to worship a devil you have to believe in the whole Christian mythos, making devil worship a branch of heretical Christianity.  Satanism is atheistic, using Satan as a metaphor only, and the idea of kneeling before some fairytale and begging for favors is anathema to us.

People I know are allowing conspiracy theorists to divert the attention away from 170+k dead Americans, a crashed economy and the most important election in history.  I see their posts, and I wonder if they know they are talking about me, wondering if they know how much it hurts or how scary it is to see the ugly head of the Satanic Panic rise up again, and wonder if I will make it through this time?  People, some I’d even consider friends, are lying about my religion, claiming the worst possible crimes, with no regard that this is no different than racism, sexism, homophobia, or any other prejudice.

If you are determined to have a reason to dislike Satanism, let me help you.

These are NOT valid accusations against Satanists

Sacrifice:  There is no god/devil/entity to make a sacrifice to.  There is no deity to make demands.  Sacrifice demands a recipient, and Satanists don’t have one.  Additionally, Satanic dogma, unlike the Holy Bible, specifically forbids killing animals for anything other than food, or ever harming children.

Sexual Abuse:  Under no condition is there a ritual, ceremony, or requirement calling for non-consensual sex. As a religion that celebrates the carnal, there are few things as literally against our dogma than rape or any form of sexual abuse or harassment

Children: We do not allow children to join the Church or participate in rituals.  No exceptions.  We don’t believe in indoctrinating children and are uninterested in recruiting them.  Our religious dogma forbids the harming of kids, and it serves no purpose.

Recruiting:  We have a website one can visit for free, and the books that make up our religious canon are for sale.  Beyond that, we do not actively seek members.  They must come to us.  We have no desire to be a major world religion and are comfortable being a minority religion that speaks deeply to some, and not at all, to most.

TO DISAPPROVE OF SATANISM

We set an example the vast majority of churches cannot live up to:

We do not violate the wall of church/state separation by preaching politics from the pulpit.

If aware that a member or clergy person has violated a law we assist law enforcement and refuse to protect offenders.

We demonstrate ethics and civility because we choose to, not because a book told us to, or because we fear Hell.

We applaud people, not gods, for human accomplishments, and blame people, not devils, for the bad things they do.  We find most people prefer to relinquish their personal responsibility and put it on beings we think of as fairytales.

By not believing in Heaven or Hell, we expect no reward or punishment after death, but take complete responsibility for what we do in our one life.

We don’t love everyone but love deeply those who have enriched our lives.  By not loving all our neighbors, our love is valuable and has true meaning.  Likewise, we do not repress our hatred for those who have done us wrong.  As individualists, we do not judge on race or gender or sexual identity but by actions.

In sum, if you must find a reason, make it a true one.  We don’t believe in God or Satan or faith or magic beans, and you do, fine.  Please follow your own rules then, about not bearing false witness on your neighbor.  These same lies destroyed countless lives a few decades back, and willing ignorance and prejudice can start it all over again.