The last year or two have been relatively quiet here at Satanic Rants.  Maybe my ranter was broken or at least hibernating, or maybe I was going through my occasional periods of online agoraphobia. Regardless I have had far too much real life to spend much time dealing with the greater questions, issues, and serio-comedies that define online life.  And, as a Satanist, that is okay.  In fact, as a Satanist, the worst conceivable thing I could do would be to ignore my very real life and all its adjacent issues to fight for a cause, or do for the greater good, or any of the other rationalizations people make to explain why their families and life are n the crapper but by golly they made a "difference!"  Really?

For years I have been racking up college credits--tons more than required to graduate, just not the right ones to graduate.  I have enough classes in Literature, Psychology, Philosophy/Religion, History and Anthropology to have completed majors for Bachelors in each one.  What I haven't had is even one solid math class.  I have had to return to Junior College to take pre-college and entry level college maths to get my degrees.  Then, despite all these credits (well over even the stodgiest school's demands) I have had to do things like retake Engish 1!  Well, bitching didn't help, just hunkering down and facing the shit that truly scares me has.  I get one degree in December, and two more within a year of that.  If I hadn't gotten my ass wrapped up in educating the world and making a difference I probably would have faced this 25 years ago or so.  Nor is this about formal education---it is about getting what matters to ME, for me, by me.

And for all those nifty arcane and interesting classes that I breezed through with one A after another?  None of them have given me the feeling of accomplishment the C I got in Algebra did. I felt like I won the fucking Lotto!  I studied that utterly irrelevant crap forever, sweated and nightmared over it. So, instead of trying to teach pigs to sing, I taught myself how to learn.

Those who know me embrace the line from the play/film Steel Magnolia's  when one character says about the other "When it comes to suffering, she is right up there with Elizabeth Taylor."  Well, except for the dead part.  My personal life has certainly been void of dull moments.  But, in the last few years, that too, with work, compromise, acceptance and grace that comes not from god but from love (yeah, ok, a few surgeries and trips to court helped a bit, too :)), has passed into the past.

I'm not saying that things are perfect.  They aren't and in fact, like every human on the planet there are a few things that downright suck.  Life has no sense of fair play or righteous karma, despite what our white lighty friends might say.  I fully anticipate being shit on some more, as well as getting more roses, and spending a great deal of my time in between.  With my kids mostly grown now, however, this is MY time., and despite a nature that desperately  wants to expose and deny, decry and just plain degrade the Satanaflipparoos, debate the hypocritical Christians, and show others the extreme poetic beauty of TSB, TSS, & The Church of Satan, nothing is more Satanic than me taking care of me.

Yet..in the old habits die hard category, I ask you, my faithful friends and readers, to assist me in keeping a toe in the puddle, as it were.  Find me flipparoos---real live Satanaflipparos, online, in the news, blogs, magazines...bring me your encounters, clippings, videos...I want to let the assholes speak for themselves...with some minor (!!??) editorializing on my part!  Satanic Rants can make a wickend comeback with your help!

For those unfamiliar:  A Satanaflipparoo MUST consider themselves Satanic/call themselves a Satanist.  They must display evidence of being in direct contradiction to the rules of the CoS or violate the tenets of TSB.  They can be merely funny, or in fact dangerous, but on the whole they are best described as Christian Heretics.

To get you started I bring you this complete nutbag:  Satanaflipparoo #1What do ya'll think?


So, either comment here, or send it to MagistraY@gmail.com

I look forward to doing the Satanic thing of having an indulgently wicked good time!  Y~ 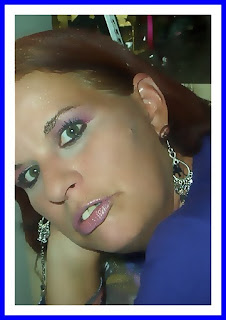 This is actually a rather sad story. This poor fellow is clearly totally off his rocker. The JOURNALIST who wrote the headline is the real contemptible asshole here. The headline should have read "Raving Lunatic Allegedly Moved Headstone." The insane, rambling babbles of Mr. Verhaag is the REAL story here.

I was wondering who else would find the media dude the uberasshole of the piece. I should have known, RtM!