This Should Be a Podcast

As a writer/speaker it is  one thing to procrastinate over your work because you have little or nothing to say.  It is rarely that simple, actually.  You'll start writing because something grabs you and then you read back a few paragraphs and the prevailing thought is "well, that is going nowhere fast."  The incomplete work is then resigned to an ever-expanding draft file.  You'll get back to it.  Or not. Or maybe.  Sorta. It is frustrating.
Yet, as I have recently discovered, it isn't half as frustrating as being unable to accomplish things because your head is so bloody chock full of crap that you are creatively constipated.  I owe apologies as well as marked admiration to my colleagues and friends at Radio Free Satan for allowing me to be me and not give me the well deserved kick in the ass I've been expecting.  Right now, however I am going to type this confession to the bitter end.  This is partially a result of a gung ho publishing bitch who insists that there might be a marketing conflict in a book called "Confessions..." if the only ones written about are the cool ones.  I get it.  It makes me pretty sick, but I get it.
The world is vomiting out secrets right now.  If this helps us to evolve to a society where our animal instincts can be tempered only by embracing rational thinking, I'm all for it.  I do believe secrets have power only when kept.  I do believe we've accepted a veneer of normal that camouflages the true monsters.  I've encountered monsters.  One might say I attracted them.  I've hidden behind that veneer.  I molded it, and presented it, and pretended it was real.  'fucking spectacular witchcraft!  'fucking real life horror show.
Here goes:
I was married to the worst human, like, ever.  Technically his sex offender probation prohibits him from being on the internet, but since I know him well enough to know he will have found a way around that, let me take a brief moment to say "I'm not done, motherfucker.  'not even close.  You survived prison, you've destroyed yet another woman, but I am still here.  Three words:  Best Served Cold."
I cannot state enough, for the record, how absolutely irredeemable he is.  The fact that he still breathes is wrong.  Until he dies, preferably in some gruesome non-accident, I will forever be fucked up. There.  I said it.  He fucked me up in a truly spectacular fashion.  I will not expose his other victims, who, by virtue of my own counter-productive pride and blatant stupidity, suffered far worse than I, but way back, when all Hell broke loose, exposed was exactly how I felt.
The first years away were filled with detectives, judges, recorded conversations, moving to a new place, new man, etc...They were also filled with every enemy of the Church of Satan using my tragio-calamity to discredit the organization.  That was fun.  I was bringing shame and negative attention to the people who were being incredibly supportive of me.  Little did I know the whirlwind, if you can call four years a whirlwind, had the unique effect of allowing me to ignore the more damaging parts of the ordeal.
Obviously there were both mental and physical ramifications of living with a monster for over a decade.  The former manifested in, and still does to a lesser extent, the conviction that everyone I encounter knows I am a fake, and that people were hurt due to me, and that there is a big neon flashing sign over my head, just in case anyone missed the memo, pronouncing me a piece of shit.
More concerning were results of medical tests.  I was already suffering problems from a youth well spent.  Horses and dance took my knee cartilage, genetics and stress were messing with my kidneys.  One day I discovered that there were no amount pills that could stop the pain in my back.  I could barely walk. This led to more tests. 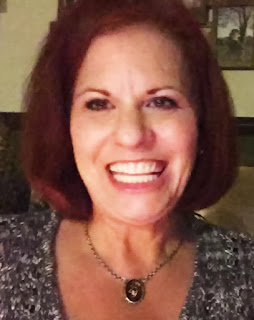 I can safely say that words you don't want to  hear the MRI tech say are "Was this a car accident or a plane crash?"  If the answer is neither, somebody done fucked you up.
Too late to make this long story short, let me speed up a tad:  Constant pain.  Pills.  Pills bad.  Methadone.  Years.  More years.  More years.
I mean you have to love the irony, right?  I was pissed at losing a decade with Monster-Dick, and then I spent another one attempting to feel as little as humanly possible.  I lived in the same area for all that time and never made a friend.  I went out as little as possible. I became a completely functional zombie, who sporadically had a few months of re-animation.  Only around members of the Church of Satan did  I feel socially comfortable.  I raised my kids, did my job as minimally as possible for fear of more exposure, and grew old and fat.
Longing is a peculiar, painful, and motivating thing.  James Mitchell is pretty damn inspirational, too.  The need to return to a me I wasn't ashamed of was chipping away at my armor of numb.  In a fit of pique at the resident douchebag director of my medical facility, I checked into a medical detox.  I stayed a week.  A week, kids.  Ol' Wicked Witch Brain Trust thought that 12 years of steady, large dose, plus 6 or seven prior years of occasional use of major league pain meds could be all better in a week.  Hell paid me a visit.  It was in the mirror and in my nerve endings, and my seizing...and oh, man!  That sucked in ways I can't even express.
Thanks to Jim, my daughters, and a very beloved CoS member who may have bent a rule or two to prevent me from actually dying, I woke up 3 months later, 45 pounds lighter, and hyper as fuck in every way.  Every bad thing that had happened during the numb years flooded back as if I had never really grieved.  Concurrently my love for Jim, for my kids, my pets, also felt like something new and vibrant.  I have rediscovered courage.  I accept that my fears are irrational and based on things so long past that I hurt only myself by giving in to them.  Along with that realization came anger, a death of apathy, and an inability to suffer fools, bullies, and even random assholes.  What hasn't come, at least until now, is the ability to finish something.  I confess.  I am awake.  'watch the fuck out.

When someone in the organization you're also a part of dedicates a blog to you, filled with Confessions...
Well, it kinda humbles you
Thank you, Ygraine, not just for the dedication, but for so much more
Thank you for your courage and strength to share, and your tenacity to live
We are still, though our own Gods, fallible, The difference is.....
You didn't quit
Despite everything, you kept going. Sure, you stumbled, but we all do sometimes. Reaction is key
Look at you now
I'm honored to know you, and I am inspired by you
Hail Ygrane!
Keep kicking ass
Much love to you